Fans of Alfred Hitchcock’s Psycho (1960) checked back into the Bates Motel with the American drama series of the same name. The series appeared in 2013 and ran for five seasons before wrapping in 2017, on its fifth season.

Was it the same as house as Psycho?

Both Psycho and Bates Motel had similarities, however, Bates Motel was a prequel to the film. It explored the childhood of Norman Bates (Freddie Highmore), the movie’s infamous serial killer.

Norman moved to White Pine Bay, a coastal town, with his mother, Norma Bates (Vera Farmiga), who he had an incredibly close and complex relationship with. The series documents Norman as he tries to fit in and make friends, as well as his unravelling.

The series is the brainchild of Carlton Cuse, who’s renowned for fan favourite Lost, and Emmy award-winning Kerry Ehrin of The Wonder Years fame. However, we can only assume that Alfred Hitchcock had a reasonable amount of input, too. 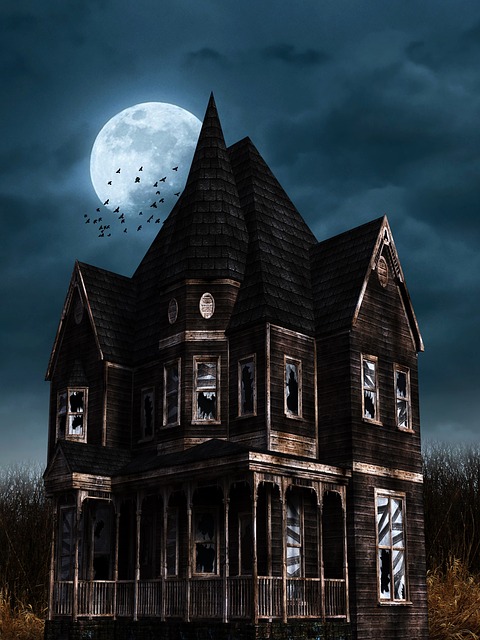 In a 2017 interview with ComingSoon.net, showrunner Kerry Ehrin spoke about the inspiration for the show: “When we first sat down, we talked about Twin Peaks, we talked (obviously) about Psycho. A huge influence to say the least. Personally, for me there was a desire for a sort of Gothic element to the relationship of Norma and Norman that I think came from my love of Wuthering Heights, which is about two people who have a larger than life co-dependent ‘love’ for lack of a better word, because their relationship is pretty dark.”

Further explaining the aesthetic and reasoning behind the show, Ehris added, “Also, there is a healthy dose of Who’s Afraid of Virginia Woolf? which is a fantastic play about again, a very co-dependent relationship. It’s very abusive, but also so close. They are so close even though they are kind of awful to each other. There is a whole fantasy element to their relationship that they manipulate each other with. So, the idea of having a relationship that on one level, is just a normal mother/son but that then have all these psychological layers to it that they understood intrinsically but were never spoken out loud, was super interesting.”

As with all film and television, the show was a medley of robust influences from decades of hard-hitting drama, horror and thriller.

Where was Bates Motel filmed?

Cuse, Ehrin and their team recreated the Bates Motel in Vancouver, British Colombia. It was built in just five weeks on a landfill site. To the surprise of many, it was (almost) fully functional. The motel set included four rooms that were fully designed and filmed in throughout the show’s run. However, a chunk of the interior scenes were shot on stages located elsewhere.

In the script, the Bates Motel is in the fictional coastal town of White Pine Bay in Oregon. Cuse, one of the producers of the TV show, described the location as “a beautiful-looking – almost perfect – bucolic town on the Oregon coast.” However, as mentioned, it’s Vancouver scenery you’re seeing.

Fun fact about the house

The producers of Bates Motel couldn’t afford to put a roof on the house when they recreated it, so it was added using CGI for the first season of the show. However, thanks to the success of the show, more funds were released for season two. Then, while they were on a break between season one and two, they added a roof to the house. But it’s barely noticeable if you watch the show.

What’s the different between the TV and movie set?

The original Psycho house, as it’s more commonly known, remains on the Universal Studios lot. You can view the house on the famous Universal Tram Tour, where you ride around the set on a tram and view some of its most-loved sets that time forgot.

What’s unusual is that the original house used in the film is a four-sided set, rather than just a facade with steps leading up to the house. However, this wasn’t always the case. In 1960, during filming, the house only had its left wall and front. The right wall was added in 1963 and the rear of the house didn’t appear until 1983. Who knows what Hitchcock would have made of it? He had just moved to Universal from Paramount when filming started and had to use some of Universal’s stock units to save money. If you look closely, you’ll notice that the distinct tower frontage of the house also appears in Harvey (1950).

The interior shots of Bates Motel in the original film were shot on Stage 28 in Universal Studios.

There are only a couple of differences between the original house, or conception of the house, and the one used in Bates Motel, the TV show. Both houses have 12 rooms, but the office is laid out differently; the office in the TV show has an L-shaped entrance while the original office is straight-on. The walkway where the rooms are on the TV show is also flat, whereas it had steps leading up to it in the film.

Just off Sherman Street in Coeur d’Alene, northwest Idaho (just west of the Coeur d’Alene National Forest) is the ‘real’ Bates Motel. It’s strikingly similar to the film and television show and has 13 rooms. The motel is worn down but draws spectacular crowds thanks to its infamous name.

The motel, which is near the Coeur d’Alene Resort Golf Course, was once an army barracks which saw plenty of activity during World War II. It was sold after the war and turned into The Roadway Inn, which was then sold to a man called Randy Bates who renamed the motel.

If you want to see Bates Motel for yourself, you can head to Universal Studios in Los Angeles, where you can enjoy their famous Tram Tour for a matter of dollars. You’ll also see sets and props from Jaws, Back to the Future, Pirates of the Caribbean, War of the Worlds and dozens of other blockbuster films that made their stamp of film history, both in the USA and around the world.