Well made inspirational short films have a way of making you think deeply about the subject matter.

They can evoke a variety of feelings while being short enough to put across a very clear message.

Considering the rarity of a 10-30 minute film being shown in the cinema or on TV, lots of people miss on the powerful nature of a short film. Luckily, these films are freely available on the web if you can find them and there is lots of variety including some that are the work of professional filmmakers and even more made by talented amateurs.

The best short films are bound to capture your imagination in a novel way. Here are the most inspirational short films for students to study, to get ideas for making your own movie or just to be enjoyed and get you thinking – you won’t be disappointed!

For only 16 minutes and a long piece in the short film world, Validation is worth each of those minutes. It’s a unique love story about a man who has been able to bring happiness to almost everyone except a sad girl. After watching it chances are you will share it with your friends.

Bernardo Britto’s short film is a Sundance winner and considered one of 2014’s most favourite short films. The world is about to come to an end and a man has been tasked with the collection of what makes the history of Earth, from incidents, faces to names. Apart from socio-political implication, Yearbook is a very incredible emotional short film and makes the viewer really frustrated with life’s hopelessness in a very inspiring fashion.

Lovers of spoken word will definitely love Gary Turk’s short film telling about the way we are losing out due to Smartphones and Tablets and technology as a whole. It questions the amount of time we are usually online and the effect it has on our social lives. The short film is under five minutes but will leave you inspired to rush out there and get a life.

Apart from being an odd short film, Second Wind is an animated feature featuring a soccer ball, a giant cat and an old man. You will thank the heavens you took the time to watch it.

The story of a little girl who likes a little boy very much but the little boy has a love of his own; a BMX bike. Based on the true story of Michelle Lehman, the director, and her escapades running after Jason Mahoney, her crash, it is a very delightful and well acted short film capturing childhood innocence and a celebration of girl power towards its climax.

If you have been wondering where you need to find love you might want to watch Patrick Hughes’ Signs. It is the kind of heart-warming short film worth another look. A Cannes Lions 2009 winner, two people find love by communicating through signs while working in offices opposite of each other.

A wonderful German film that clearly shows you do not need to know the language to love the short piece. It’s all about the powerful imagination of a child and capable of making anyone take whimsical trips down memory lane into their childhood. 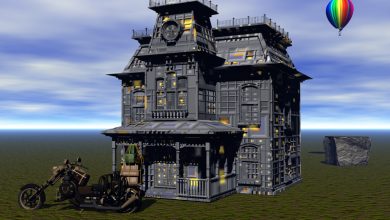