Coming up with a good script for a movie is the easy part.

It obviously takes a whole lot of imagination to dream up an entire world and the characters that inhabit it so if you are planning on making a film before you start selecting the equipment you need to get your storyboard sorted..,

Each character needs to be thought out in detail: appearance, personality, style, language, backstory – these are important aspects that need to be considered during the writing process. The environment and backdrops are further features to which you need to pay particular attention.

While it’s easy to imagine a wide-angled shot showing your protagonist in the middle of the busy, bustling streets of a historic city, it may not be as easy to translate into reality.

This is why it is of utmost importance to create a storyboard for your movie before you even start planning, let alone shooting it. In doing so, you will save yourself a whole lot of time and possible extra costs.

While you are translating your ideas into illustrations, you will often come to realise that some ideas work better in your head than they do in reality.

Similarly, once you start sketching, you might feel inspired to change things up a little, based on the images you now see before you.

So how do you get started on your storyboard?

Whether your script follows a linear narrative or depends heavily on flashbacks and timeline twists, start out by noting down each individual scene in chronological order. This will allow you to work at a structured, organised pace, starting from the beginning and working yourself to the end.

To keep track of the most important events that take place in every scene, make a detailed list you can refer to once you get to drawing. Think of it as a brainstorming exercise that will aid you in solidifying your ideas when translated from text to imagery.

Does your script consist of some three hundred pages?

You don’t have to illustrate every single scene for your storyboard.

Think of your storyboard as a summary – without having to explain the plot and each scene in full detail, prospective directors and set designers should be able to take one look at your storyboard and get the gist of it.

In other words, they will understand how the story begins, how it develops, where it peaks and how it ends. In order to do this in a manner that will truly bring across what it is your film is trying to say, you need to decide on key scenes to illustrate in your storyboard.

These scenes should depict the most important moments from beginning to end and should include plot twists, location changes, changes in atmosphere/lighting, character development, etc. 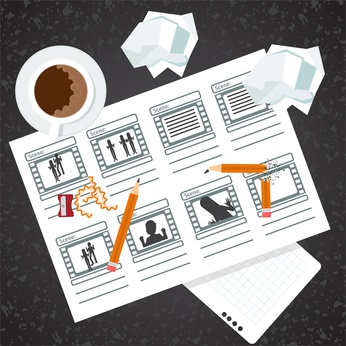 Now that you’ve worked out the key scenes you want to depict in your storyboard, it’s time to start thinking about how you want each scene to be filmed.

Is the opening scene a close-up of the film’s protagonist?

How will the camera pan out when moving on to the next scene?

What angle will you be shooting from?

How will the cameraman work around the location you have chosen for said scene?

Writing down a detailed description of how you envision every scene to be filmed will give you a clearer picture of your possibilities and limitations, and may spare you from a lot of headaches when you start shooting.

If you’re already worried about creating the actual storyboard because your toddler brother draws better stick figures than you – relax! You don’t have to be an artist for this; stick figures – no matter how accomplished or amateur – work just fine.

Besides, your storyboard won’t rely solely on your illustrations; each individual scene should involve clear descriptions of what is taking place.

What are the characters feeling and how are their facial expressions manifesting these emotions?

If the character is in a crowded place, do the actions of the people in the background matter?

If there is dialogue involved in your scene, include it below the shot frame. So you see, even if your illustrations aren’t the best, your descriptions will fill in what might be lacking in the images.

Do you prefer going old school and drawing your storyboard by hand or do you prefer a digital alternative?

There are some great sites and programs out there that can help facilitate the storyboarding process. Look into Adobe Illustrator, InDesign or StoryBoard That to familiarise yourself with the templates and possibilities and decide what’s right for you. If you suspect you’ll be working on storyboards on a regular basis in the future, it might be an idea to invest in a drawing tablet.

This will allow you to create your design directly in Photoshop. If you’re overwhelmed enough by the mere creation of the storyboard and don’t want to put your brain on overload with technical details and tutorials, just stick to the good ol’ posterboard, a pencil and a ruler. That’s all you really need to get cracking! 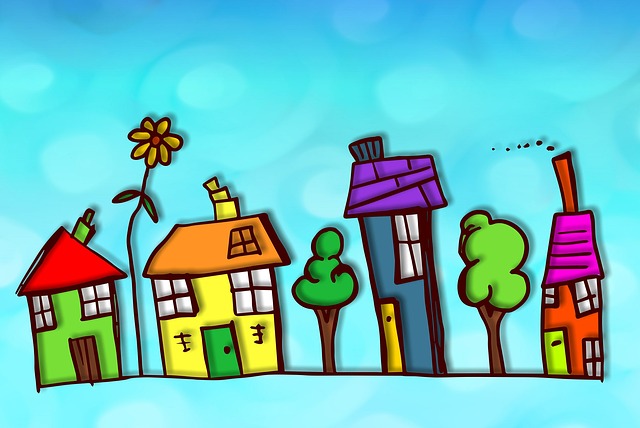 Now that you have your template set up, it’s time to start a-sketching!

Remember, you’re not being graded for this; no one is going to laugh at your character’s funky nose, or the dog that looks like a possum.

Don’t obsess over perfecting the actual characters or props.

The important thing here is that a potential director can look over these images and immediately get a grasp of what kind of angle the camera is shooting from (high/low), the type of shot the scene should be (close up, tracking shots, wide shots, etc.), what the background entails and what colour composition and lighting is wanted/needed for each scene.

Beneath each frame, you will have space to elaborate on details and descriptions of the scene for further reference.

Once you have completed your storyboard, review it once again and fine-tune it. Add colour if you haven’t already, use bold lines around your characters and props in order to really make them pop from the page – whatever it is you feel you need to do to perfect it, do it!

It’s always a good idea to let other people review it as well, as they may be able to offer feedback and point out important aspects you may have overlooked.

Your Storyboard is Not Set in Stone

The storyboard is a tool to help you guide you through the filming process. But as is typical, once you get around to filming, you will find new inspirations and different approaches to certain scenes, angles or shooting techniques.

Allow yourself to deviate from the original storyboard a little when the opportunity arises – nothing is set in stone!