Over the past two thousand years, pastoral literary works have depicted highly-romanticised stories of shepherds (as well as other rural people) and their lives in rustic, countryside surroundings.

Some of the most common topics of pastoral poems include:

Traditionally, these poems compare peaceful country lifestyles to the stress and corruption of city life.

The pastoral landscapes which serve as the setting for these poems are often idealized, portrayed in an almost utopian way, and the characters within them are shown to be pure and innocent, as opposed to those in big cities.

Considering this, it comes as no surprise that, historically, the writers and audiences of pastoral poetry have been predominantly city dwellers. After all, what jaded city worker wouldn’t occasionally dream of escaping the urban hustle and bustle for a life of listening to birds singing while strolling through flower-filled meadows?

What are Pastoral Poems About?

Romance is a theme that has featured in pastoral works throughout history.

These poems typically describe the amorous affairs of the inhabitants of dreamy rustic locations as they fall wildly in love, often with somebody from a more urban environment. A perfect example of this is The Passionate Shepherd to His Love by Christopher Marlowe. First published in 1599, this renowned ballad is written from the perspective of a shepherd as he promises the object of his affection that their life together will be perfect if she goes to live with him among the valleys, lakes, mountains, and rolling hills of his home.

Come live with me and be my love,
And we will all the pleasures prove,
That Valleys, groves, hills, and fields,
Woods, or steepy mountain yields.
And we will sit upon the Rocks,
Seeing the Shepherds feed their flocks,
By shallow Rivers to whose falls
Melodious birds sing Madrigals.
And I will make thee beds of Roses
And a thousand fragrant posies,
A cap of flowers, and a kirtle
Embroidered all with leaves of Myrtle;
A gown made of the finest wool
Which from our pretty Lambs we pull;
Fair lined slippers for the cold,
With buckles of the purest gold;
A belt of straw and Ivy buds,
With Coral clasps and Amber studs:
And if these pleasures may thee move,
Come live with me, and be my love.
The Shepherds’ Swains shall dance and sing
For thy delight each May-morning:
If these delights thy mind may move,
Then live with me, and be my love.
– The Passionate Shepherd to His Love by Christopher Marlowe

Another topic often touched upon is death. Many pastoral poems describe the sad tales of shepherds mourning the loss of a sheep, family member, friend or lover, some are written in a distinctly eulogical style, such as John Milton’s mournful 1637 elegy, Lycidas. These are just a few examples of pastoral poem plotlines; however, this style of expression is extremely simple and has followed a fixed set of conventions, changing very little over many hundreds of years.

One of the conventions that has remained steadfast in pastoral poetry since the days of ancient Greece is the eclogue.

An eclogue is specific to the pastoral genre and depicts a piece of dialogue between two characters. This conversational style may cover a contest between two shepherds to see which is the better poet, a loving exchange between a shepherd and his love or a heartfelt discussion between two characters lamenting the loss of a dead friend. Some pastoral poems use eclogue to highlight the differences between a city and country dweller, often in a satirical way.

The Ancient Origins of Pastoral Poetry

As mentioned earlier, the origins of pastoral poetry stretch back thousands of years. One of the earliest examples of the genre is Idylls, written by the ancient Greek poet Theocritus in the 3rd century B.C. Idylls is an ode to the author’s blissful life in rustic Sicily, written for the benefit of those in the metropolitan city of Alexandria.

A few hundred years later in the 1st century B.C, the Roman poet Virgil reimagined himself and his sophisticated circle of urbanite friends as simple shepherds in the rustic Italian countryside in a series of significant Latin works called the Eclogues (this name is, of course, the origin of the narrative method described earlier).

Many centuries later, pastoral poetry experienced resurgence as English poets of the Renaissance period took inspiration from the classics.

In these poems, contemporary city life was denounced in favor of a highly-sentimentalized version of the countryside, where romance, rural scenery and old-fashioned virtues took center stage.

The Shepheardes Calendar by Edmund Spenser documents a year in the life of folkloric figure, Colin Clout, in quaint 16th century England. The Shepheardes Calendar is written in 12 eclogues and covers a variety of traditional pastoral themes such as a disdain for the city and a failed romance with an uninterested maiden named Rosalind.

Another Renaissance writer who drew inspiration from pastoral classics, but in a very different way, was William Shakespeare. In the iconic comedy As You Like It, Shakespeare directly subverts the traditions of the genre. Far from an idyllic depiction of peaceful pastoral life, the play pokes fun at country folk. The character Audrey, for example, is far removed from the virginal and angelic shepherdess figure; instead, she is portrayed as a country bumpkin humorously bumbling about on her quest for true love.

It was around the time of the European Industrial Revolution that pastoral poetry really began to fade from fashion. As life in the western world changed immeasurably, the concept of romanticising provincial environments and the sweet, simple people within them became less and less popular. Grittier, down-to-earth depictions of realistic rural life and the hardships and poverty that come with it quickly took the place of old-fashioned eclogues and elegies.

One question that has sparked debate among contemporary critics is whether there is a place for pastoral poetry in today’s society and if so, what that might be. There’s no doubt that plenty of themes from the genre persist and probably always will; it’s unlikely that poets will ever stop praising the beauty of the natural world. Today, the category covers a broader range of themes – for example, rather than lyrically depicting the love between a shepherd and a maid, modern poets might write about a distant setting or long-lost way of life to create a retreat for the audience away from the hassle of modern living.

Post-pastoral poetry can also be used as a method to get across an environmentalist message. For example, in the 2008 collection, A Tour of Your Country, Eamonn Wall writes about the beauty of Ireland’s untouched countryside with a voice that is highly reminiscent of traditional pastoral poetry while protesting the decision to construct a motorway through the ancient landscape of Tara. In this way, pastoral poetry takes on a more complex role, and romantic descriptions of flora and fauna serve to convey the value of nature in the modern world. 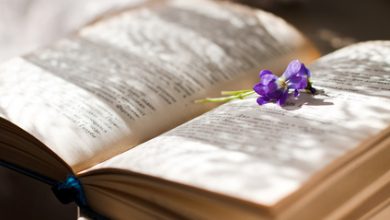 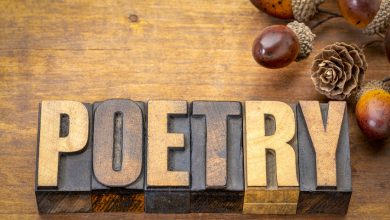 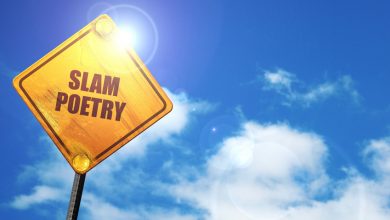 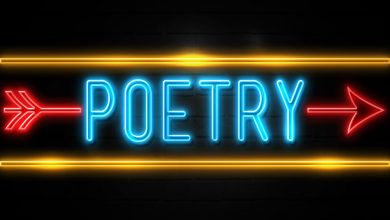 How Many Types of Poetry are There?