Think of your all-time favorite quote and imagine it typed out on a piece of paper in front of you. Now study each word and consider how you might be able to elevate its appearance and meaning by truly capturing the essence through artistic interpretations whilst still respecting the integrity of each letter.

How would these seemingly small changes and added details change the overall appearance and significance of each word and phrase?

If the quote is hopeful, light and inspiring in nature, perhaps a cursive flow and light brushstrokes will reflect its overall sentiment. If the quote is melancholic and sad in tone, you might consider using bold, heavy strokes to reflect the depth of the words.

A Brief History of Calligraphy

Calligraphy was the only art form Muslim scribes deemed worthy to communicate the Word of God. The intricate, calligraphic details found within the pages of the Quran are fascinating.

Many chapters of the Quran open to strange letter combinations, the significance of which have been interpreted in a myriad of ways, and are said to be a direct reflection of the complexity of the scriptures.

Without the use of religious, figurative art, Muslims relied on calligraphy to honor the beauty and geometry in the Word of God.

Calligraphers were highly regarded individuals, their knowledge and lineages developed over centuries and were passed on from generation to generation.

Some of Islam’s most sacred sites are decorated with calligraphy, the most famous of which is the Dome of the Rock in Jerusalem. Dating back to 692, it is the oldest Arabic inscription and was entirely made of mosaic. To this day, calligraphy is widely used in Islamic art and architecture and continues to inspire other cultures and artistic styles.

What Impact has Calligraphy Had on the Art World?

The history of calligraphy is steeped in many cultures, but practices differ from one culture to another. In Chinese calligraphy, San Jue, otherwise known as The Three Perfections, is a combination of painting, poetry and calligraphy that has inspired many modern artists who are looking to marry traditional styles with contemporary visions.

But, perhaps more than an art form, many characters used in Chinese calligraphy, have become symbols of personal empowerment – we wear the character for wisdom or courage on pendants, have them inked on our skin or painted on our walls. Not only are they striking in appearance, but their meaning also gives us new drive. 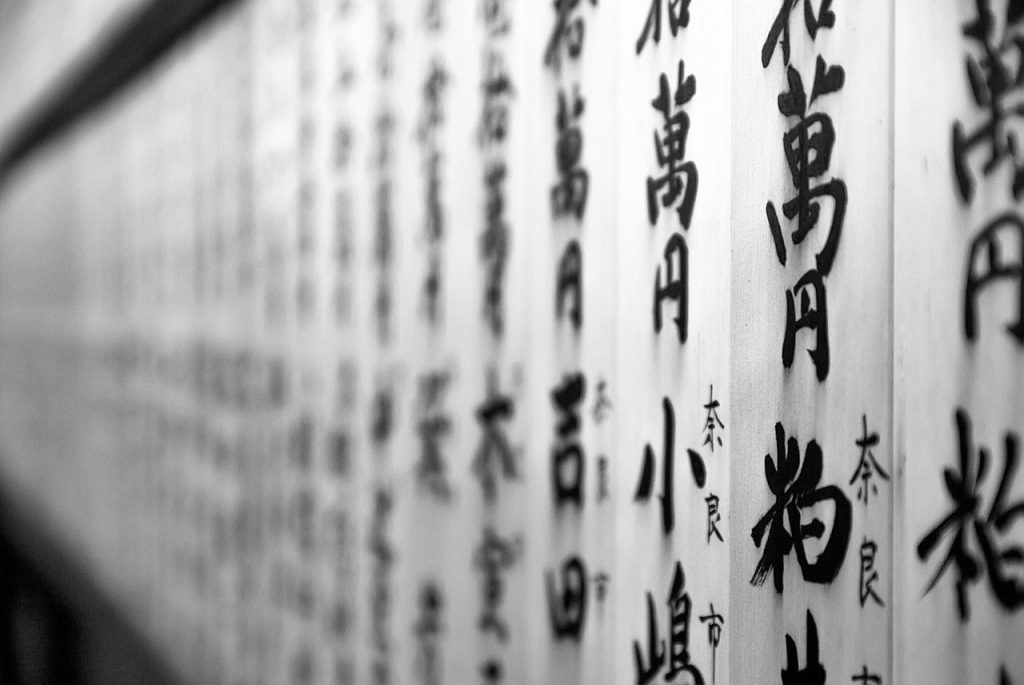 Although we may not be aware of it, the impact calligraphy has had on the world of modern art is visible all around us – calligraphic elements have become so common in our modern, digital culture, we hardly notice them anymore.

The hipster trend, in particular, has embraced a modern form of calligraphy that can be found on anything from blackboards announcing the menu behind a trendy bar, coffee cups and tote bags, to promotional brochures and flyers. Event invites – especially wedding invites – often sport elegant calligraphy styles, and names delicately spelt out on place cards make the table at any black-tie function pop.

Anyone who is a fan of films about wizards, witches and magic, in general, will recall the exquisitely crafted books guarding the most powerful spells: The Book of Shadows in Charmed, Winifred’s spellbook in Hocus Pocus, the Expelliarmus Spellbook in Harry Potter, etc.

And what do they all have in common?

They all use Western calligraphy to emphasize the ancient beauty, mystery and power of spells and potions, teasing the viewer with knowledge and skills that are intriguing yet not quite accessible to them, sparking inherent curiosity.

How is Calligraphy Used Today?

As already discussed above, calligraphy is still widely present today and one of the many industries benefiting from its use in the field of advertising. Though thousands of calligraphy-style fonts are readily available for free download online, they lack the artistry and emotion of the human hand.

Although we may not want to admit it, humans are very susceptible to subliminal messaging (it does work) and these are often achieved by playing on our natural vulnerabilities. 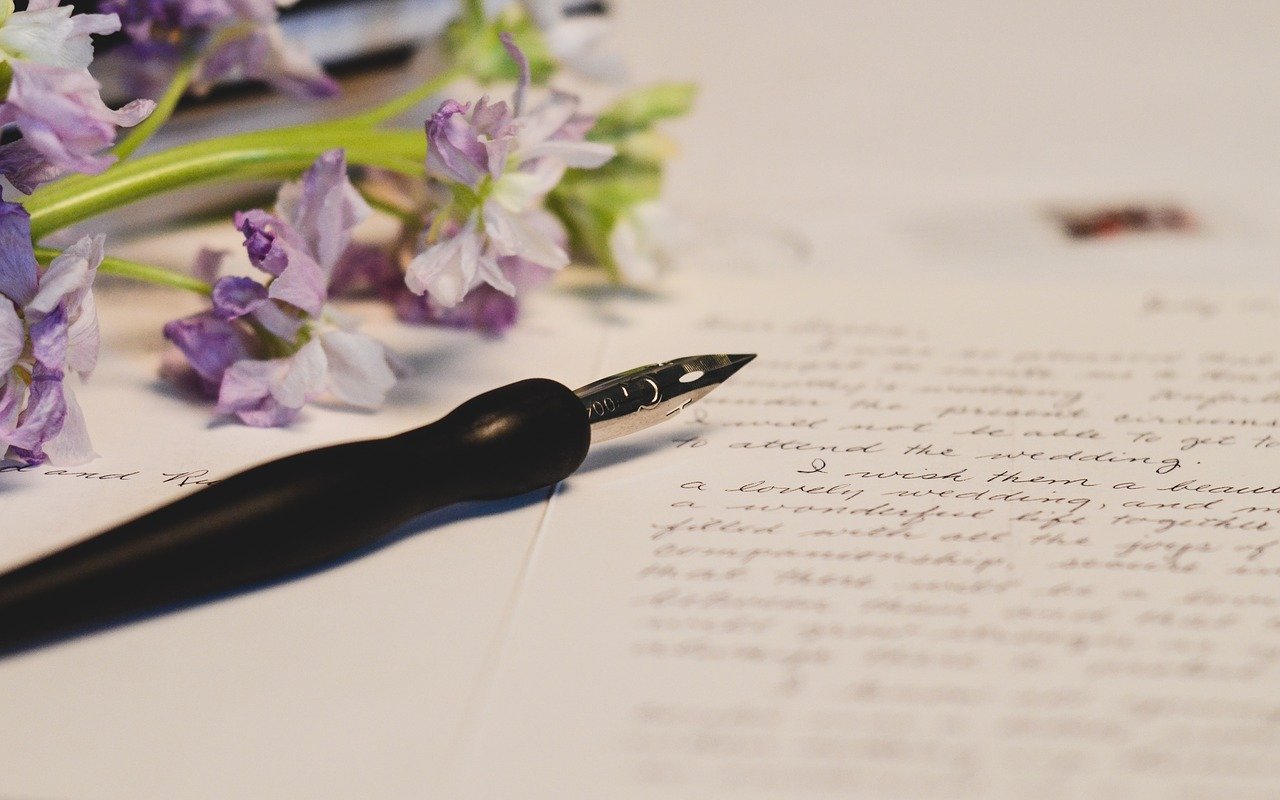 An advertising campaign using traditional calligraphy in its slogan will reach deeper into our subconscious because it evokes certain feelings and images in us, whereas one using a particular typesetting might catch our attention without lingering in our minds.

The art of calligraphy has evolved over the years and some artists have taken it upon themselves to develop a completely new style of calligraphy.

Niels Shoe Meulman’s fusion of graffiti and calligraphy – Calligraffiti – brings a whole new feeling to the traditional style, one that captures the urban vibe usually associated with graffiti, without losing sight of the integrity in each word.

Calligraffiti feels like the next step in an organic cycle of constant artistic evolution, one that makes perfect sense with the concept of graffiti.

One important benefit of calligraphy that is becoming more recognized these days, is the meditative action of creation. It is a skill that requires great patience, and in practicing patience, we find ourselves letting go of the chatter in our minds and focusing all our energies on the task at hand.

With the great trend in spiritual and wellness-focused activities such as yoga and meditation, individuals and organisations are finding themselves mixing and matching practices that might benefit one another – so when you roll up to your next yoga class, don’t be at all surprised if you will be invited to grab a calligraphy pen rather than do a guided meditation. Both will reap the same benefits!

What is the Difference Between Calligraphy and Typography?

It’s easy to get confused about the difference between calligraphy and typography if you’re not experienced with either, but the clue is all in the word Typography – i.e. typography refers to the typed word and its typesetting or font.

Typography is always used with a technological device, typically computers, to write and the goal of any typesetting is to communicate messages clearly and precisely, whereas calligraphy is created by hand, and aims to emphasize the meaning and artistic beauty of letters and words.

Learn how to become a good calligrapher with our beginners’ guide: How to Do Calligraphy for Beginners 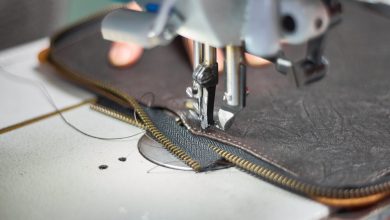 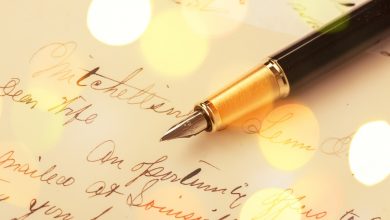