Almost everyone in the world has dreamt about becoming a huge movie star. Seeing the great actors on the big screen makes acting look easy. A large number of young people go to Hollywood with hopes that they will get the big role in a multimillion production. Sadly, Los Angeles has the most beautiful waitresses and police officers in the world, because all those aspiring actors had to get a job while waiting for that lucky break. If only they had read this article on the best acting techniques that are used by professionals!

Acting demands a lot of devotion, being beautiful and talented can help you get your first role, but hard work is what will seal the deal. The process of preparing the role can be painstakingly long and demanding. Sometimes you have to go to great lengths to understand the character you are playing. Robert De Niro became a taxi driver while studying for his character Travis in Scorsese’s ‘Taxi Driver’.

Acting is mostly about understanding the person your character is. What he or she likes and dislikes, how do they talk when they are happy or nervous? In a way, it is a bit schizophrenic because you need to develop an entire personality of your own and making that personality authentic is the hardest part. That is why some actors and actresses do not go out of character, even if they are on the break. While working on Stanley Kubrick’s ‘Dr. Strangelove’ Peter Sellers talked, even to his own mother, like one of his characters in the film and refused to switch to his normal self.

How do actors create all those magical characters that made us laugh and cry? They follow a certain method, a procedure that allows them to understand the psychological makings of their characters. Let’s take a look at some acting techniques that the biggest stars in the acting world studied.

Most of the techniques used today were invented in the first half of the 20th century. As if a long tradition of acting in theater reached a high point and culminated in a set of rules that changed the way actors and actresses approach their characters. The slow evolution of the acting world begun in Russia in the early 1900’s due to dissatisfaction with the classical approach to the depiction of the characters in the theater. 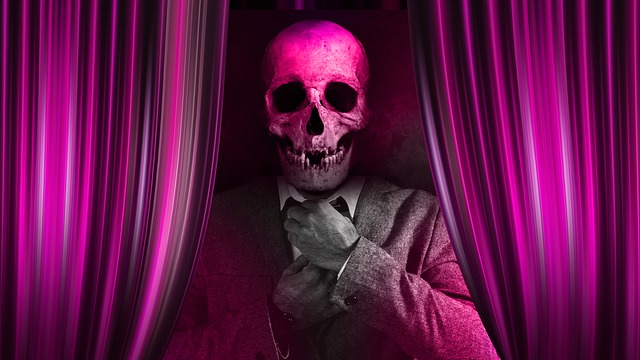 Konstantin Stanislavski wanted actors to search for inner motives of the actions of their characters. His views on acting simply focused more on the psychological aspects rather than the standard physical and vocal training that was the dominant technique at the time.

The most important aspect of Stanislavski’s system is the experience. Actors need to find a way to sustain the analogous feelings as those of their characters. The following words are written in a letter addressed to an actress who admired his work and they summarize what Stanislavski meant when he used the phrase ‘experience the role’:

‘First of all, you must live the role without spoiling the words or making them commonplace. Shut yourself off and play whatever goes through your head.’

However, not all emotions and experiences are relevant for the given role and the actor must be able to find the ones that are closest to the character they are playing. ‘Experiencing the role’ is not enough and in order to create believable character actors must be able to imagine themselves in a made up set of circumstances and try to visualize the consequences of such situation in terms of action. This is what Stanislavski called ‘The Magic If’ that allows the actors to fully understand the setting that a playwright described in a script.

‘Placing oneself in the role does not mean transferring one’s own circumstances to the play, but rather incorporating into oneself circumstances other than one’s own.’

It takes years and thousands of rehearsals to fully understand Stanislavski’s system. His approach to acting has influenced some of the greatest theater practitioners, directors, and actors in the world. Almost every acting technique that came after ‘The System’ included some elements of his teachings and some of the greatest actors of all time were trained by using the ideas Stanislavski has formulated.

Almost anyone who had the least amount of interest in cinema or theater has heard of method acting. Stanislavski’s ideas found a fruitful ground in America in the early 1930’s. Lee Strasberg is often credited as the first man who applied Stanislavski’s system in America. The actors he trained include James Dean, Al Pacino, and Marilyn Monroe.

‘Method acting is what all actors have always done whenever they acted well.’

Although based on ‘The System’ Strasberg’s ‘Method’ is in strong contrast with Stanislavski’s ideas. While Stanislavski accented somewhat holistic and mystical approach to acting, Strasberg favored absolute control of the mind. 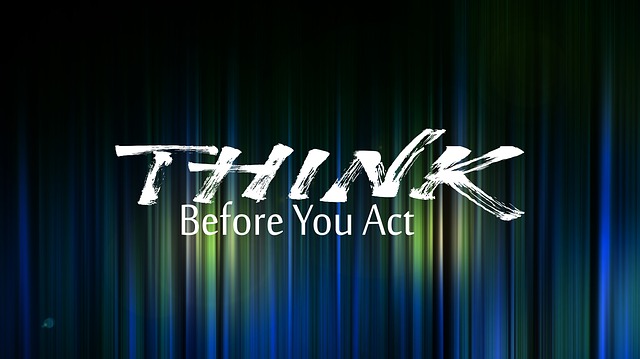 His opinion was that acting should not be just about learning your dialogue, it is rather a process of creating an inner world of the character. From Strasberg’s perspective, ‘The Method’ was the accumulated experience of the entire Western Civilization. Emotional Acting, Divine Inspiration or Romantic Acting are just a few techniques that have been around for centuries and actors have often used it without being aware it. What ‘The Method’ suggested was to gain complete control of the unconscious processes and deliberately choose the technique that is the most appropriate for the character the actor is developing.

This is why Strasberg advised his students not to rely too much on inspiration because it cannot be predicted. He wanted the actor to work methodically, almost with scientific precision and be perfectly aware of each process that is taking place within them.

Strasberg was probably the most influential theater practitioner in America, but he wasn’t the only one who based his teachings on Stanislavski’s system. 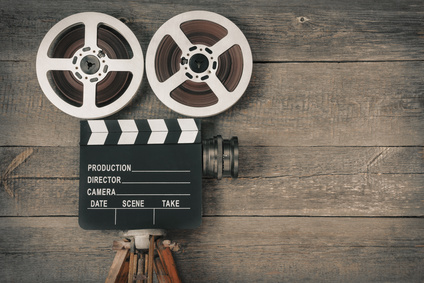 Stella Adler will always be remembered as the woman who discovered Marlon Brando. Like Strasberg, she too trained with Stanislavski, but she didn’t think that an actor needs to relive the past experiences in order to connect with their character or the play. For her, the strongest weapon actors have is their imagination and it is through imagination that they persuade themselves to believe in the circumstances presented in the script.

The focal point of her method was action. Actors always do something on the stage. They beg, they preach or they confess and it is through these actions that the ‘human conflict’ is created. Each action must have a motive and justification in the script as well as in the psychology of the character.

This isn’t easy to achieve, which is why actors must develop their imagination. It is only by the means of imagination that one can surround himself with details that are real to them on stage. These little details actually make believable characters and the audience can sense that realism of the character and thus they can relate to them. The actor’s mind is where it all takes place. The stronger the mind the better the character.

Adler’s school of acting produced some of the best actors in the world and until this day her ideas are thought in acting schools across the globe.

Another student of Stanislavski whose method left a profound impact on the world acting. His students include such superstars like Tom Cruise, Alec Baldwin, and Grace Kelly to name a few. Unlike Adler, Meisner believed that an actor must get out of his head and that they must react instinctively to the surrounding environment. Meisner said the following words that fully explain his views on acting:

‘Do you have any idea how liberating it is to not care what people think about you? Well, that’s what we’re here to do.’

To act is to live truthfully under imaginary circumstances and in order to that one must follow a series of exercises that progressively leads them to that point. Great acting comes from the ability to repeat what was discovered through improvisation and the main goal is to express genuine emotion with attention to truthfulness. In other words, the actor must persuade the audience that the emotions his character experiences are as real as his own.

Meisner’s technique is not the thing of the past and it is safe to say that actors, as well as directors, are still studying the implications of his ideas. It is probable that the lead actor in the next film or theater play you will see has studied this technique.

All of the acting techniques that are based on ‘The System’ or ‘The Method’ have the realistic approach. They want to persuade the spectator that all that is happening before his eyes is real. Brechtian school of acting takes a different stance.

Bertold Brecht was a playwright whose ideas radically changed the European theater. He was one of the co-founders of the Epic theater. The idea behind it was to remove the illusion of realism from the theater and to make the audience an active member of the play. Brecht associated the realistic effect in a theater play to the effect of a drug in a sense that both pacify the audience.

‘Verfremdungseffekt’ or the ‘Estrangement Effect’ was used to alienate the audience from the events that are taking place on the stage. By doing so, Brecht clearly stated that what is going on in front of the audience is just an illusion and he used this effect to prevent the spectators from believing in the fictional reality. The ‘Estrangement Effect’ is accomplished, for example, by flooding the theater with bright light or by actors playing multiple roles so that the empathy with characters is reduced to a minimum.  The goal was to make the audience think about their experience during the play, rather than involving them emotionally.

In the spirit of the period to which he belonged to, Brecht wanted to create Non-Aristotelian plays. The Aristotelian structure of play aims to have the unity of place, time and action. Brecht’s plays don’t follow this pattern and are often full of interruptions.

These ideas are present in cinema and theater until this day. One of the most controversial filmmakers of our times Lars Von Trier, directed his masterpiece ‘Dogville’ using Brechtian acting and directing methods. This proves that Brecht’s ideas are as relevant and significant as Stanislavski’s.

Greatness doesn’t come overnight and it requires a lot of learning. Knowing everything about acting techniques will certainly help you get there, but relying solely on gathering information can be as counterproductive as doing nothing. You need to find that impulse within you and allow it to find its way to the surface by listening to yourself and understanding what your role demands from you.

‘Acting is not about being someone different. It’s finding the similarity in what is apparently different, then finding myself in there.’

All great actors have the power of empathy and they also have the skill that allows them to make their audience empathize with their characters. While being the master of your trade will most certainly help you to achieve this, the most important factor is within your own soul. Learning how to listen to yourself, while letting your imagination run free and wild is that secret ingredient a lot of young actors seem to forget.