Writing comedy is an art.

It’s less subjective than writing a theatre play or a short film, for example, as it always boils down to the same question:

Did it make them laugh?

Because if you can’t build your characters or your plot in a way that has the house holding their sides when the punchline strikes, you’re in trouble. And that’s why, contrary to belief, writing comedy is just as difficult as writing a BAFTA-nominated or award-winning film or drama or, yes, even a theatre play.

There is no formula that will lead to comedy gold, but there is guidance you can consider when crafting your next stand-up performance, sitcom script or radio play.

What makes you laugh? More importantly, what sort of comedy writer do you want to be? Do you find that the ‘best’ comedy is accidental, in anecdotes and everyday situations, or is it playing dress-up and telling jokes?

Before you let loose with a pen, or a keyboard, you need to find your ‘thing’. Then you can run with it. After all, starting is the first hurdle, and while some writers would say ‘Just write! Anything!’ it’s easier if you know where you’re heading.

Struggling to find your ‘thing’? Then take a step back. Watch the stand-up performances of the comedians you love, as well as those you can’t stand, and see what it is about their performance that gets the audience chuckling.

Don’t copy them, but map out the arc of their work, analyse how they build their situations for a sure-fire pay off, and then see if you can create something inspired by their successes.

As part of your research, and as a comedy fanatic, you should attend a comedy festival or two, which will give you a chance to see numerous acts in a short space of time and feel the audience buzz. Our recommended comedy festivals include:

If you want to be a topical comedian, make sure you’re up-to-date on your topic and ensure what you’re doing isn’t overdone.

For example, if you see the funny side of politics and hope your audience will, too, find a fresh angle. At your next gig or festival, there might be a dozen comedians talking about politics and it’s important you don’t get lost in the noise. This doesn’t mean you can’t find inspiration in what’s been done before, just don’t repeat it.

Whether you’re writing a stage performance, sketch, sitcom or film, it’s character that audiences care about, so create characters that they can get invested in.

Although, when we say, ‘create characters‘, we don’t mean you have to be the next Catherine Tate (Lauren Cooper, Joannie “Nan” Taylor, The Catherine Tate Show), Matt Lucas (Daffyd Thomas, Bubbles DeVere, Little Britain) or Brendan O’Carroll (Agnes Brown, Mrs. Brown’s Boys). ‘Creating characters’ simply means giving the subject of your joke, or sketch, a personality. As you develop your situation, give the audience details about its subjects for a more sumptuous payoff when the punchline lands.

A ‘rule of thumb’ for all writers that you would have heard numerous times before is: show, don’t tell. When creating your situations, try to hide the exposition in the joke, or the outcome, rather than telling the audience fact after fact, as they’ll lose interest.

Situational comedy is excellent at this; for example, in Channel 4’s Peep Show (2003-2015) or The Office (2001-2003), the hilarity often comes from one character telling another about something that happened, rather than the immediate situation, and often it’s a combination of both that’ll have you chuckling.

Don’t shut the audience out

Actor and comedy writer Reece Shearsmith says: ask the question “What is the ‘thing of it’?” when writing. Establish what ‘it’ is the audience should find funny.

For instance, are they laughing at a clumsy child? An unintentionally rude grandparent? An over-the-top snob? Tell your audience who the butt of the joke is and then build the situation out from them so that your audience are ‘in on it’.

They can laugh at the situation as it unfolds, rather than having to spend precious attention span thinking about why they should find what you’ve written funny. Not all comedy needs to be immediate but, especially for stand-up, it helps.

Stack jokes for a bigger pay off

What’s one laugh when you can have them laughing again and again? Make your audience laugh continuously by ‘stacking’ jokes. For example, have a few smaller laughable moments that lead up to your big payoff rather than relying on a single punchline.

However, remember, if you’re stacking your jokes it puts more pressure on your final punchline to be gold, so you need to make it count.

The key to good writing is to say a lot without saying very much at all. Stand-up comedian Susan Calman uses the following example: “Someone came to my door last night and indicated I should answer it” is far less efficient than “Knock, Knock”. And she’s right. Less is more.

Not sure if you’re funny enough? Struggling to craft comedy that lands? Find a writing partner. By working with someone else to write, you can bounce ideas off each other and try out jokes to see what gets a laugh.

Stand-up comedian and comedy writer Holly Walsh strongly believes in the power of collaboration; it landed her a BBC3 sitcom (Dead Boss, co-written with Sharon Horgan) and a Radio 4 show (The Now Show), so it might be worth a try, even if you do have to share the pay check.

But how? First thing’s first: sign-up to Twitter and send a tweet, include #comedywriting and see how far you get. Twitter is an incredibly effective platform for comedy and writers, so try your luck.

Embrace editing, and then edit some more

You might think you have something brilliant, but everything can be made better, and that’s where editing comes in. When you look at your work, you can always improve its efficiency. Be concise, get rid of anything that’s unnecessary and pay attention to sentence structure and word order; how a joke unfolds is one of the biggest problem’s comedy writers face.

To find out more about structure and editing, read Chuck Wendig’s book, Damn Fine Story: Mastering the Tools of a Powerful Narrative.

Even if you’d rather write alone, you still need to share your material to see if other people find it funny. Therefore, establish a network of people you trust to give you honest feedback, and perhaps not all that share the same humour as you, and try your work out on them to see if it lands. And if it doesn’t, ask ‘Why?’ and see how you can improve.

If you’re writing for television, hire a couple of amateur comedic actors for the day and have them read lines to see how your words sound aloud. Do they make you laugh? You can post a call for actors on Mandy.com – there are thousands of comedic actors waiting for their big break.

If you want to perform in front of people, confidence is key. Therefore, you need to take stand-up gigs, or at least find small gigs initially, and practice your material. Ideas will come to you on stage and you’ll be able to try them out, see the audience’s reaction and, if it’s good, write it down to use again. The more you perform, the more comfortable and natural you and your performance will become.

If you struggle with confidence, try a public speaking or presenting course, or even an acting class. The Stage is a fantastic online resource for finding acting classes and courses near you.

By following each of the above, you’ll find your rhythm in no time. Although, it never hurts to find development opportunities and to watch and read writing resources, too.

Some of the best comedy writing events and opportunities, such as competitions and meet-ups, include:

Learn comedy from some of the industry’s best in these online videos:

There may not be a magic formula for comedy writing, but you can pick-up some reliable tips from leading comedy writers with these books:

Plus, make sure you read biographies by comedians, such as Always Look on the Bright Side of Life: A Sortabiography by Eric Idle and Bossypants by Tina Fey.

Like all writing, and in many cases more so, writing comedy is no easy feat.

To get started, establish what sort of writer you want to be, do your research and analyse the work of comedy writers you admire. Then, begin developing your work – but don’t copy – and find your voice.

Be sure to establish characters and build situations that have a golden ending. Be concise, show don’t tell and always take the time to edit your work, even if you think it’s ‘perfect’. Then, try it out on an audience; show your friends or family, but only those that will give you honest feedback, or hire a couple of amateur actors to act the lines with you.

Listen to feedback, be adaptable and you’ll eventually find your feet. 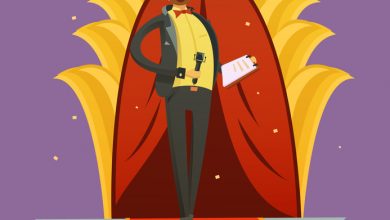 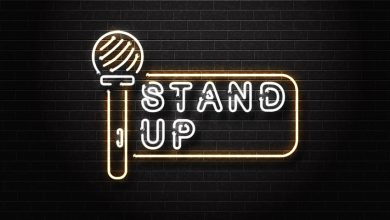 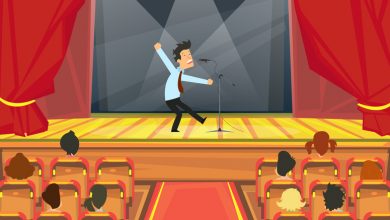 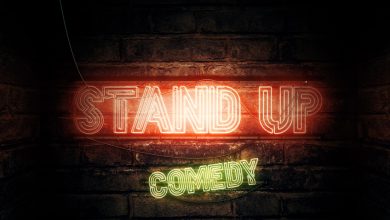