Films are often made from books.

There are also many short stories that are made into films though these presents a unique challenge as there is less written material to work with.

Here are 4 short stories that succesfully made the jump to movies.

The Double by Fyodor Dostoyevsky

Published in 1846, this Dostoyevsky masterpiece revolves around a government clerk who goes nuts.

Throughout the story, Yakov Petrovich Golyadkin’s psychological struggle is dealt with as he constantly comes across someone who in all ways is his exact double in appearance. However, the doppelganger is not just an extrovert but aggressive and confident than Yakov who is more of a pushover and his life changes forever. It’s now a film starring Jessie Eisenberg as the toadying lonely pushover Yakov.

We Can Remember It for You Wholesale by Philip K. Dick

This 1966 short story explores themes of memory and fantasy through a man called Douglas Quail who has the desire to go to Mars.

He’s forced to have false memories implanted but soon rediscovers lethal memories tampered with earlier suppressing his real self. The short story has been adapted into film twice as Total Recall, first in 1990 starring Arnold Schwarzenegger and in 2012 starring Colin Farrell.

This is the story of Mike Enslin, a nonfiction author who writes about haunted places but privately doesn’t believe in the supernatural elements or the paranormal activity clear in his writings. He intends to spend a night in New York City’s Hotel Dolphin in room 1408, an infamous room where about 42 people have lost their lives with a dozen of them suicides and the other 30 having died more ‘natural’ deaths in 68 years. Enslin is researching for his next haunted hotel rooms’ book.

Edgar Allan Poe’s most popular short story A Tell Tale Heart and the poem, Annabel Lee, are gothic fiction genres from the master of horror and macabre narrative.

A Tell Tale Heart has unnamed narrator trying as much as possible to convince you as you read the story of his own sanity as he described the murder he committed of an old man with a pale bluish vulture eye. In Annabel Lee, Poe tells a story of love and death of a beautiful woman.

These two Poe’s famous works are chronicled in the film Avenging Conscience, to tell the story of a man who falls in love with a woman but prevented and discouraged from courting her by an old man, the uncle to the girl. He kills the uncle and hides the body in a place no one would find it behind a freshly built wall but his conscience eats him up leading into a confession. 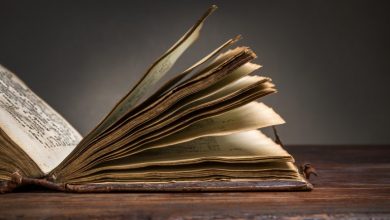 What is Prose Fiction?