Many past and present artists are seduced by the natural landscapes around them and that’s hardly surprising. Nature offers so much beauty and potential and it is this that inspires natural form artists.

Although we can all step outside and study rose pedals and the intricate details of a leaf with our own eyes, we can discover a whole different feeling or detail in an artists’ perception of the very same subjects. Numerous artists from the past have focused their art work on their environment, the days’ changing lights and the nights’ play of shadows, but there are a few in particular that really stand out.

Not only did their work contribute to important artistic movements, but their style is so unique, it is immediately recognizable. there are many different types of art but natural form art is amongst the most beautiful, here are 3 of the most famous artists: 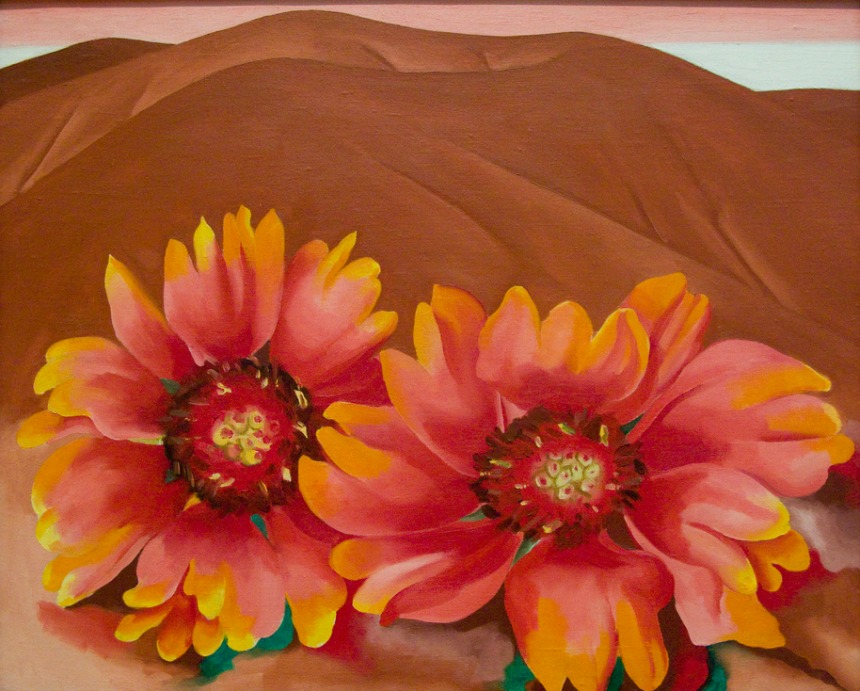 When George O’Keeffe created her first series of charcoal abstractions, Alfred Stieglitz expressed a sentiment many had felt at the time: “Finally – a woman on paper.” Spoken by the man who helped establish photography as an art form, and would later become Georgia O’Keeffe’s husband, this statement truly manifests the feeling her paintings evoke.

O’Keeffe first became known for her large-scale paintings of natural forms – flowers, shells and skulls painted at close range, highlighting every curve and detail with softly, vibrant colours. Many of her floral paintings were often misinterpreted by viewers believing them to be Freudian symbols (most famously Black Iris III), but O’Keeffe did not share this vision. Georgia was much more interested in bringing the minute details of her natural environment to the forefront, urging others to experience the true essence of a flower or a shell in all its natural beauty.

“No one really sees a flower –really – it is so small. We haven’t time and to see takes time. So I said to myself, I’ll paint what I see, what the flower is to me but I’ll paint it big and they will be surprised into taking the time to look at it.” 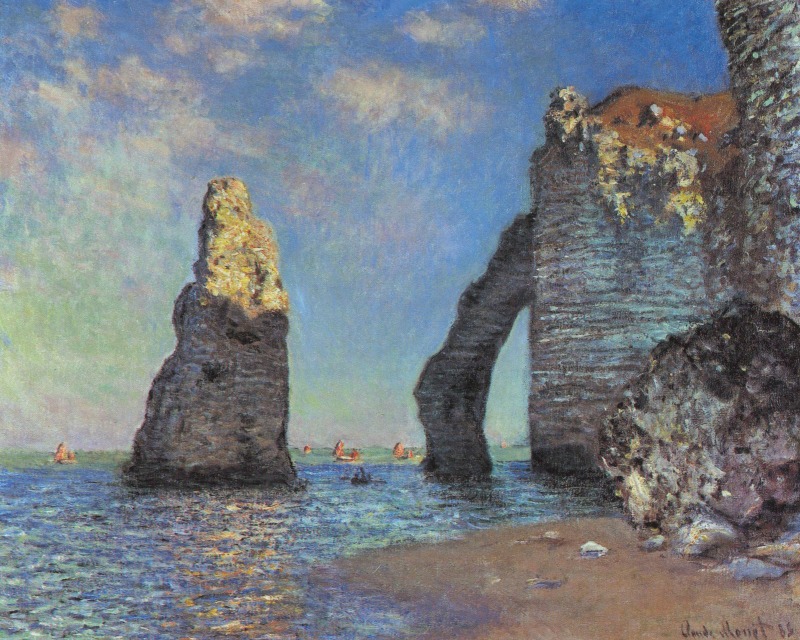 When we think of Claude Monet, the first thing that comes to mind is his love for water lilies. Funnily enough, however, he found his fascination for the aquatic herb quite late in life. Monet first started out with charcoal, selling caricatures of local characters for ten to twenty francs, before moving on to study at the Le Havre secondary school of the arts in Normandy.

Here he studied under Jacques-Francois Ochard, perfecting his drawing skills before moving on to oil paints and the en Plein air technique after meeting Eugene Boudin in 1856. Following a stint in the First Regiment of African Light Cavalry in 1861, Monet returned to Paris to study under Charles Gleyre and together they started their first venture in what would later become known as the Impressionism movement.

It wasn’t until the death of his wife in the late 1800s, that Monet started taking a different approach to painting. During his time in Vétheuil, he began documenting the French countryside in the form of idyllic paintings with a strong focus on light and the colours of the changing seasons. By this time, his dealer Paul Durand-Ruel was successfully selling a lot of Monet’s work which allowed the artist to rent and eventually buy a large house with a separate painting study. The buildings were surrounded by beautiful orchards and a small garden which Monet spent perfecting over the years.

This garden would become the subject of Monet’s most famous paintings, including the series of Water Lilies. His garden’s setting and the continuing work he put into it would continue to inspire his work for the last two decades of his life. Monet is now probably the most famous of all the natural form artists in history. 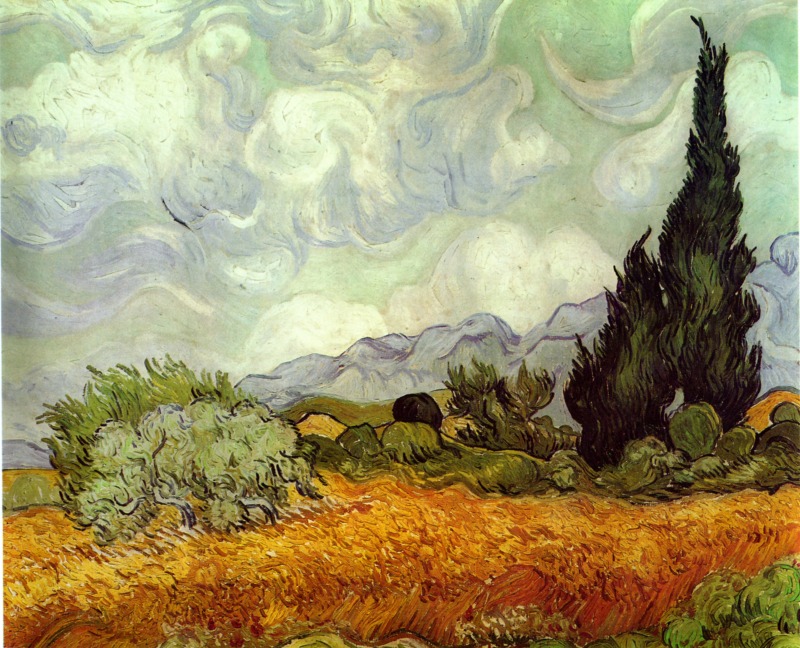 If you have ever been fortunate enough to cycle through the small, picturesque countryside of Nuenen, Holland, you will immediately understand where Vincent Van Gogh drew his inspirations from.

This is where Vincent joined his parents after a rather difficult period in his life. During his twenties, he went through a period of soul-searching. He would often spend his time translating passages from the Bible into other languages and in 1879, he joined the missionary at Petit Wasmes where he traded his cosy lodgings for a simple hut, in order to support a homeless man. Unfortunately, his lifestyle and living conditions were not appreciated by the priesthood and he was quickly dismissed.

What followed was a period of unrequited love, unhealthy relationships and tension within his nuclear family. His loss of faith in God and the church created conflict between Vincent and his parents and so he moved on to The Hague, to live with his cousin Anton Mauve. This is where he first began painting with oils and taking on commissions for other artistic works.

It wasn’t until he joined his parents back in Nuenen in 1883, that he truly found his own style and began painting a lot of natural forms. The countryside setting seemed to speak to Vincent’s inner turmoil; in his two years in Nuenen, he completed almost 200 oil paintings and various drawings and watercolours. While The Potato Eaters, for example, reflect the darkness he often felt within himself and his immediate environment, his later works such as Still Life: Vase with Twelve Sunflowers and The Starry Night, reflect a calmer, hopeful outlook.

It almost seems as though his breakdown and his period in the Saint Paul-de-Mausole hospital, sparked a sense of relief within him that translated into his paintings with new swirling techniques, perhaps symbolic of the wavy tendencies of his emotional being.