Depending on your vintage, you’ll have either grown up with Joan Bakewell, Barry Norman, Jonathan Ross, or Claudia Winkleman – perhaps Mark Kermode if of a radio persuasion – dissecting every cinematic release. These now seem a quaint world away from self-penned blogs and online forums.

These days, everyone thinks they’re a critic, largely thanks to the inception of social networking and the blogging generation. However, there’s an enormous difference between being an amateur film critic and being employed as a professional film critic. But just how do you become a film critic?

What is a Film Critic, and What Are Their Key Roles?

Film critics effectively review and critique the quality of films without giving too much of the plot away. While many critics exhibit a degree qualification in a recognized subject close to film studies (cinematography, journalism, creative writing, etc.), that’s not to say you can’t make the grade without actually having the grade.

Any aspiring film critic’s professional hand can be further strengthened by internship opportunities and freelance work. With direct regards to a film critic’s primary remits, we’re talking about the written (or, possibly, broadcasted) evaluation of films both good and bad on a regular basis, with reportage generally centering on general entertainment news and attendance of film festivals, premieres, and awards ceremonies. You should also understand and be able to analyze a variety of traditional and newly-emerging trends in film.

As with any closely-associated field of journalism, critics also attend meetings with editors and adhere to strict content deadlines. However, the mainstay of their occupation is to discuss the objectives and meanings of a whole gamut of films and afford the reader reviews which are worthy both in terms of being insightful and entertaining.

Are Film Critics as Well-known as Actors, Directors and Producers?

Film critics are the unsung heroes of the silver and smaller screens. However, many have set the tone and (very high) standard for their profession and, in doing so, entered the pantheons of film critic greatness.

Such luminaries in this category include:

How to Become a Film Critic

While there is no formal education necessary to ascend to the ranks of film critique, there’s no harm whatsoever in undertaking a film appreciation course to help you begin your journey to success. Courses such as these are currently generating a lot of interest, in addition to a broader media studies route into the profession. 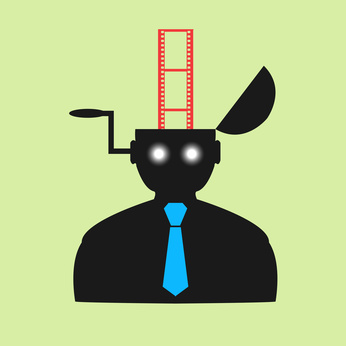 Film appreciation is usually offered as a short-term course, lasting anywhere from a month to a maximum of one academic year. Generally, topics covered by such courses include author theory (which talks about the director’s perception of their film), media aesthetics, cinematography, analysis of art in cinema, screenplay design, and a host of other important criteria.

Often, film appreciation will be made available to students who complete their undergraduate or postgraduate course in film studies, direction, or a degree in journalism (after graduation, many film graduates work their way onto newspaper editorial teams).

Degree programs facilitate the development of oral and written communication and might put prospective candidates in the driving seat when applying for advertised roles with publications, for instance. For students who desire an education which concentrates wholly on the substantive nature of the film industry, film studies would be the most resourceful option. A four-year degree programme in film studies envelopes vital disciplines such as the history of film, film theory, screenwriting, and different genres (musicals, horror, film noir, etc.). Essentially, it will help an individual better understand and appreciate the nuances of direction, in tandem with tricks and technique commonplace in the filmmaking profession.

However, there are no hard and fast-track means of rising as a respected film critic, regardless of if you follow a more vocational path into the field. Arguably the most crucial quality outside of qualifications you can have is the possession of strong communication attributes. Writing skills best-serve the budding film critic. Naturally, if your ultimate ambition is to end up in front of rolling cameras in a broadcasting surround, you should be comfortable with public speaking, too. Some of the best advice experts offer include: if you really want to write about movies – for a living or as a hobby – just do it, and do it often. Although, you’ll need to craft a unique voice from the outset, and the only feasible way you can achieve that is to offer your services for free until you establish yourself as a force to be reckoned with, compiling numerous writing credits in the process. After all, practice makes perfect!

Regarding extra-curricular methods of learning the trade, make it your life’s worth to identify film critics you admire and watch as many films as possible, covering all genres (not just those you admire). Then, review each one. Pay special attention to industry awards such as the Oscars and Golden Globes, and festivals such as Sundance and Cannes, to see how the industry reacts to films. Staying a bit closer to home, why not immerse yourself in your local film community and reach out to the arts or entertainment editor of your local, regional newspaper? Or, as it’s 2017, hammer dedicated film reviewing websites for a chance to make an initial impression. Consider taking evening classes, too.

It’s not unusual for would-be film critics to take in over 200 movies in a year, with many closely scrutinizing almost double that figure. Suggesting a movie ‘looks good’ is one thing, but going on to explain why will ramp your credibility up a notch. In structure, consider every review a story.

Excellent, insightful books about film to read if you want to become a film critic include:

From taking relevant courses in journalism, to completing internships and taking critical thinking courses, you can enhance your chances of making a name for yourself in film critiquing by stacking up experience. Above anything else, you need to show talent. You must evolve, nurture, and forge a writing style that appeals to a specific readership, gain an extended knowledge of film history and the natural development of movie technology to convey a sense of knowledgeable comment, and suitably analyse films, trends, and acting styles both new and old to ensure you stand out from the crowd.